Inspired by Le Petit Prince by Antoine de Saint-Exupéry, “Le Petit  Empereur et les Planètes” is a magical tale about a young emperor and an astronaut who travel together through the solar system.

SYNOPSIS
Through a strange twist of fate, a young emperor from an unknown planet arrives on Earth at the same time as an astronaut, (Guillaume) who has had an accident in his space shuttle.
The two decide to travel together on the astronaut’s next mission through the solar system.  When Guillaume is injured, Le Petit Empereur must save earth from colliding with a giant asteroid, in fact – his own planet. Which one will he destroy to save the other? 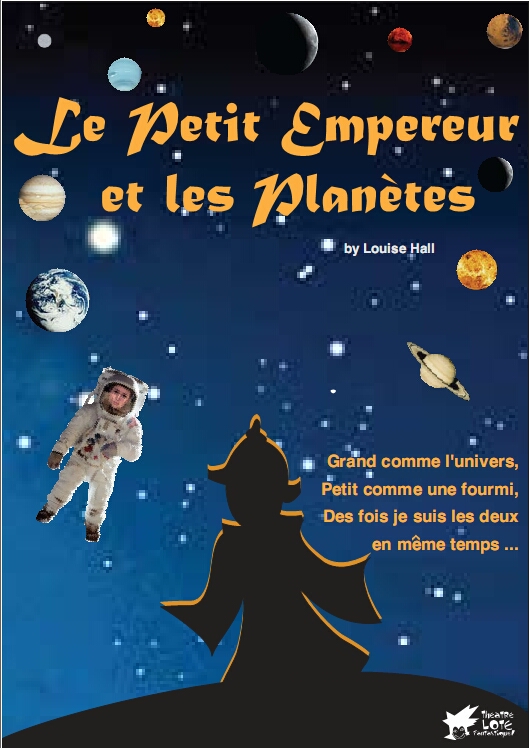 See the Info For Schools for booking information, or e-mail:
theatrelote(at)optusnet.com.au